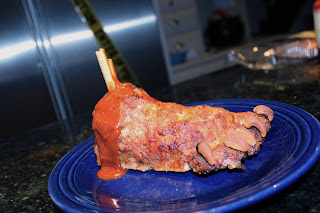 It's been about a million years since I posted to my essentially defunct blog. But these pictures were worth preserving longer than a facebook posting.

So here goes - another Halloween recipe to go along with the infamous Kitty Litter Cake (which my family now begs me not to make each year), and my tasty, but messy, Halloween Cake Pops, or the drippy Pumpkin Cake. (Looking back on it, wow is that cake a mess! But it tasted good, and if you used firmer or colder frosting, I'm sure it would come out fine.)

Read More
Posted by Stacey at 9:00 PM No comments:

Email ThisBlogThis!Share to TwitterShare to FacebookShare to Pinterest
Tagged: Halloween

Living out a Dream 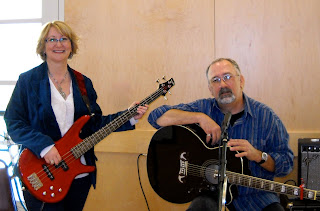 You may know that I've been taking bass lessons for a while now. Growing up I always had a desire to play guitar or bass, and over the years there were many stalled attempts at guitar lessons, but I never stuck with it. Shortly after the girls were born, and Laura started spending all day, every day, at home with them, she kept herself sane by teaching herself to play guitar. I was amazed and impressed (and still am) that a stay-at-home mother of twins could also find the time to learn guitar! As it turns out, it was a great way to entertain two little babies!

Fast forward a couple of years and I mentioned to Laura that maybe I ought to try out bass finally. And what did she do? She bought me a bass and amp for Christmas! And she found me a teacher! Not just any teacher, but the fabulously talented Scott Beynon, who just happens to live around the corner. So with Laura's example (and kick in the butt) I started taking lessons.

Taking up an instrument for the first time as an adult is intimidating. I'd always wanted to, but never succeeded, so I felt like I wouldn't be able to. But Scott is a very understanding and patient teacher, and I'm pleased to say I've progressed. My first big thrill was being able to play along to my favorite David Bowie and Clash songs. High School dream fulfilled!

But there was one more dream - to actually play in front of an audience. Any audience. Just to say I did it. Keep in mind that I've never performed anything, in front of anyone. Ever. Not a school play, not a skit (well maybe there was that short embarrassing number at a Gap department meeting once, but I've done my best to block that out), not a song, not a recital in elementary school, nada. So for me, this was a big deal - a big dream, even if the audience was small. I have so many musician friends (many of whom are bass players ironically) who have performed many hundreds of times, and do perform regularly (Hi Ilhan, Doug & Terilynn - I'm talking to YOU). Comparing myself to their experience and is more than a little intimidating - but they're still my inspiration.

Well I am excited to write that last weekend I got to live out my dream. Scott asked me to perform with him at a local fundraiser to provide the entertainment while people ate and reviewed the auction items. Perfect - no one would be focused on me! A nice, low pressure, debut.

And you know what? I DID IT! Forty-mumble-mumble-something years old and I played my bass in front of actual, live, people. I can't even describe how awesome it felt. As in, REALLY, REALLY awesome.  I can't recommend doing something that you're afraid of enough - - What a THRILL!

Below is proof - I'm pleased to share with you a song from my public debut. I'm not claiming to be great - but that's not what it's about. For me it's about trying and DOING something I never thought I could or would do. And to passing that lesson on to my daughters.

(And Ilhan - I dedicate this song to you - you posted the video of the original on facebook the same day I learned to play it!)

This was filmed at the SOS/Meals on Wheels Second Annual Luncheon in Hayward, CA. SOS/Meals on Wheels delivers 550 meals daily to homebound seniors, and delivered 164,000 warm nutritious meals in 2009. It was a privilege and an honor to provide the entertainment for their fund raiser. Thank you for the work you do with Meals on Wheels Scott, and thank you for the chance to play with you! (Scott has played with Van Morrison and with David Bowie's keyboard player (only 2 degrees of separation!), among many, many others. And now he can say he's played with me too.)

Plus, the crowd made me feel really young. :-)

Email ThisBlogThis!Share to TwitterShare to FacebookShare to Pinterest
Tagged: daily

Wow things have been so busy around here that I haven't posted anything on this blog in ages. For example, I never posted any of these Easter pictures: 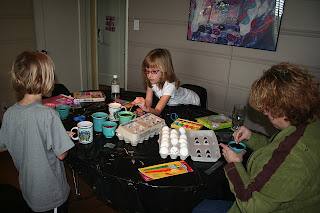 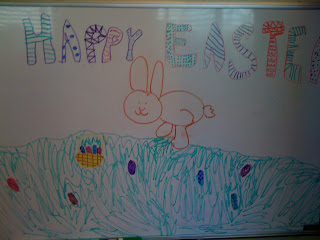 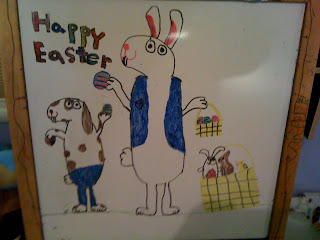 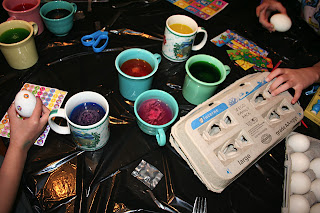 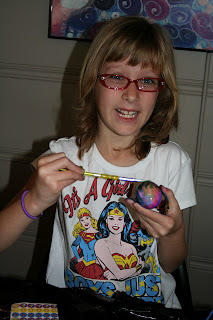 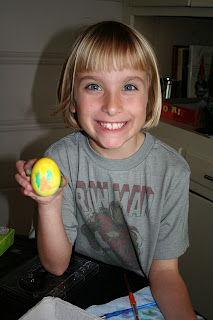 Posted by Stacey at 6:58 AM No comments: 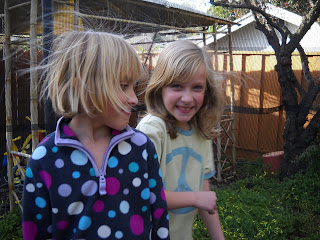 It finally stopped raining!!!! As my Mom would say, we were starting to grow webbed feet around here! A weekend without rain, and none in the immediate forecast led to two weekend activities - Spring Cleaning (but remind me why it takes the sun coming out to make us spend the day inside clearing cobwebs & dust bunnies?) and Christmas! What, you think we're a little late? Well, yeah. We usually are. :) What I meant was, we finally put together the trampoline Dad & Nancy got the girls for Christmas! Woo hoo! And they even spent more time on it than Laura and I spent putting it together, so that's plus. They spent over an hour on it, and then came in saying "We're tired and STARVING!" Another plus! Yea Grandma & Grandpa! Perfect timing for Daylight Savings Time, hopefully they won't have any trouble going to bed on time tonight! Merry Christmas!

Christmas in March from Stacey Bursch on Vimeo.

Posted by Stacey at 6:12 PM No comments:

This is a Flickr badge showing items in a set called Hyderabad, India. Make your own badge here.